Listen to Jim's parody songs and humorous commentary nationwide in Atlanta on Rob Carson Show, and wherever you get your NewsMax radio or Lars Larson across the USA.

No stranger to the concert stage, Jim has opened for such celebrities as Paul Anka, Barbara Mandrell, Jay Leno, Crystal Gayle, Louise Mandrell, and Frankie Valli. He also appears regularly in comedy clubs and college campuses across the country, earning him a substantial following.

When not performing, Jim can be heard on a variety of national and regional commercials for Pizza Hut, Ford Trucks, McDonald's, GMC, Kroger, and Wendy's. He's also a featured announcer on the Cartoon Network, and provides humorous commentary on several national radio talk shows. 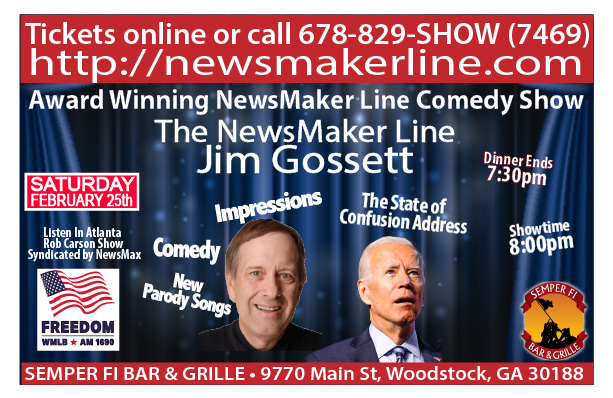 Fill the form below to ask for help or general information.
Check the box to get on the email list.